Generation Alpha: An iEducation for an iGeneration! 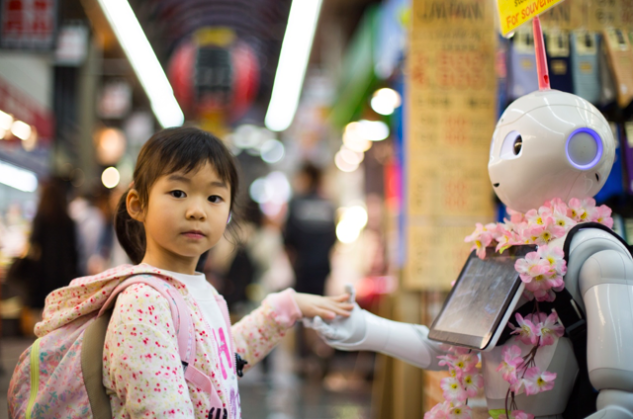 Tracking generational boundaries has become the core business of many sociologists, economists, but mostly marketers.  The Baby Boomers, whose lives have considerably improved compared to their parents, creating a major generation gap, have sought to perpetuate generational difference ever since.
While a generation was considered to be between 20 to 25 years in duration, these days generational gaps seem to have shrunk. With rapid technology advances, the average interval time has dropped to 15 years, illustrating the significant shift in societal values.

Generation Alpha is digitally native, being born into a hyper-connected world. Some of them already live in smart houses and use smart voice assistants to kick start their favorite fortnight sequel. They know all about SpaceX and they want to summer on Mars one day. It might be a little far-fetched, but there is a possibility that Generation Alpha won’t be interested in a puppy for their birthday, they want gadgets, and throw in a software update while you are in there…

And challenge you we will
One would argue that education should and will evolve at the same speed as generational evolutions… And one would be completely wrong, education should be more proactive. Think about education as playing chess, if you don’t think five moves ahead, you’re closer to losing than winning.
Technology waits for no one­­---the digital arena evolves whether you take part or not. The rule of thumb is that businesses adapt to technological advances three times faster than education. If we simply look at the industries that hire the most today, most of them did not exist 20 years ago. The influx of new ideas and innovation is too great to be grasped instantly by some educational institutions; the explanation is quite straight forward; they were unable to envision change. The same rule will apply to both business and education, Generation Alpha will challenge both.

Embedded in technology from day one, Alpha children are accustomed to acquiring knowledge by doing, swiping and hands-on experiencing. Their approach to learning, fostered by their early introduction to smart tools, will be more assimilated to AI robots and Quantum computers than to human conventional reasoning. Some neuro- scientists believe that Generation Alpha minds will be built very different than those of previous generations.

One clear difference is a shift toward video content. A toddler nowadays can assimilate a compilation of different types of information from watching one single video compared to a millennial, who needed to do a lot more research for a fraction of the information. YouTube is incredibly popular for supplying easy knowledge with a pinch of entertainment, more than one third of three- to four-year-olds are using YouTube as a reliable source of information.
Social media is also moving towards a dominant video content. Generation Alpha will be all about video…most content that comes in a text/image format will be discarded for a more animated one.Facebook has been talking about commissioning its own video shows for the first time with the launch of Facebook Watch, while increasingly encouraging subscribers to shift entirely towards video content via Instagram and Facebook stories.

My best friend the robot
Generation Alpha is the first generation whose healthcare and education could be increasingly turned over to artificially intelligent machines…If this statement is true, then what does that mean for education as we know it today?
Generation Alpha is fascinated with Robots, their level of sophistication and engaging mannerisms. As such,some AIdesigners are discussing ways to teach common sense to artificial intelligence, giving it even greater social abilities to replace teachers in the classroom. The outcome of this theory will depend on how we approach teaching in the future. Robots taking over teaching in classrooms is only achievable if teaching itself is viewed as a mean of content delivery, a mere mechanical process. On the other hand, if we chose to continue nurturing learning and interaction, teachers will still be needed to shape young minds.

That isn’t meant to be discouraging, there’s a lot of room between an old-school professor and a robot that can grade your essay. The truth is that it’s hard to predict how AI and Generation Alpha will interact when it comes to education, but it’s almost certain that they will, likely on a daily basis. How will the knowledge transfer occur depends on how educators will leverage the power of AI to stay relevant.


Will a college degree still matter?
By the time generation Alpha reaches the job market, a bachelor in business administration will be as unique as having an Instagram account. Generation Alpha will spend more years learning than any generation before as technology will move even faster. All-purpose diplomas that were very popular with the millennials will have a zero-face-value on the job market.
In an age where every other tech CEO and startup founder dropped out of college and now rakes in millions, it’s hard to argue that moving forward, a degree will remain an absolute prerequisite for success. WordPress founder Matt Mullenweg learned PHP on his own time, using online tutorials and programming discussions. Today, WordPress powers 27-percent of the Internet. So how do you convince students to enroll in universities that will leave them in debt for many years while all the information they need is out there?  Will the internet pioneered by tech platforms giants like Google be the future of education?
To answer this question, it is crucial to understand that we are moving towards a more individualistic society. Our motivations are colored by a highly competitive surrounding. Not to seal our fate already, but would generation Alpha value real and natural communication, or will augmented reality be all the social ties they need?
A question to ask another question…

Growing up in the era of internet, millennials diverge into two distinctive groups when it comes to introducing their children to technology. Some believe thatGoogle will make them stupid; smartphones will turn them into zombies; and social media is making narcissists of them all. Others, however, argue that technology will enhance their skills beyond what was thought humanly possible, and free their brains of monotonous tasks to focus on more high-level problems.
Childhood as we know it no longer exists, and it does not necessarily have to be a bad thing. Generation Alpha will write its own history. Being born in a digitally borderless world, just few clicks away from information opens a sea of opportunities; couple that with vast imaginations and untamed ambition, and you’ve got yourself a super-generation.