The Eduniversal Ranking of the Best 1,000 Business Schools is an annual ranking which aims to provide to students, recruiters and all Higher Education actors a global mapping of the best institutions in each of the 154 countries recognized inside the Eduniversal system.
Under the supervision of the Eduniversal International Scientific Committee’s members, this ranking allows to compare inside nine different geographical zones and country by country, the business schools.
The ranking’s methodology is the following :
- First step : determination, following quantitative and qualitative criteria (macroeconomic, political, historical…), of the number of schools/universities which can claim to be ranked.
- Second step : Eduniversal International Scientific Committee’s members determine on the basis of specific internationalization criteria (accreditations, major rankings, active involvement in academic and professionnal associations related to business management and partnerships) which are the ranked institutions in each country ; and attribute to each of them a level of Palmes of Excellence which reflects their influence and visibility on the international scale.
- Third step : inside each level of Palmes of Excellence in each country, the final rate of the ranked institutions is determined by the recommandation rate obtained by the institutions during the annual Deans’ Vote survey.


The Deans’ Vote is an annual survey managed by Eduniversal. Solely dedicated to Deans/Directors/Rectors of the 1,000 ranked institutions, the survey consists on an unique question :
Country by country, which are the ranked institutions you would recommand to your staff, students, recruiters and partners in the scope of a mobility ?
Representatives from each of the ranked schools are invited to participate and to confidentially share their expertise about their counterparts from all over the world.

Concretely, by way of a secured platform entirely dedicated to the survey, the list of the institutions ranked by Eduniversal is proposed to the voters. Country by country, the voters are invited to recommand the other business schools. The specificity is the fact that inside each country, the voters can at most recommand 50% of the ranked schools. This discriminatory character allows to create differenciation between the institutions, which makes the whole process more dynamic and enrich the conducted evaluation.

At the end of the survey, by adding the whole results, each of the 1,000 ranked institutions is assigned with its own « recommandation rate » directly issued from the vote of their peers. This rate, per mille, is then used to determine the final rating of each institution inside its country and its own Palmes of Excellence category.

As mentioned in a previous article, the Deans’ Vote also allows every year to stand an exceptional ceremony during the Eduniversal World Convention. Indeed, during the Gala evening, best institutions in the nine geographical zones receive an Award, symbolizing their peers’ recognition. A world trophy is also awarded to the institution which, all zones confused, has received the higher recommendation rate. 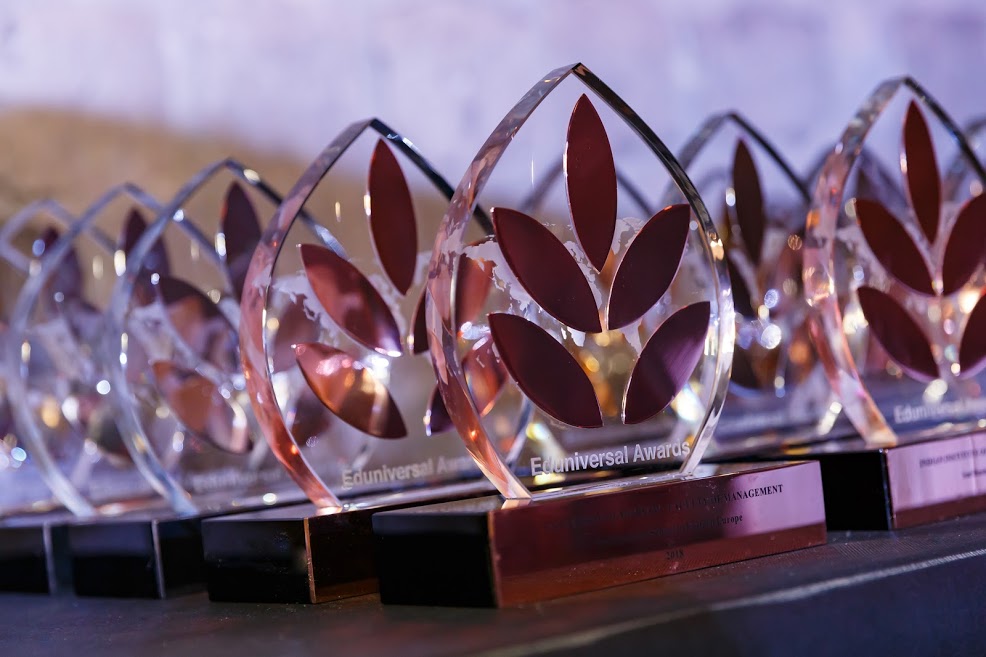 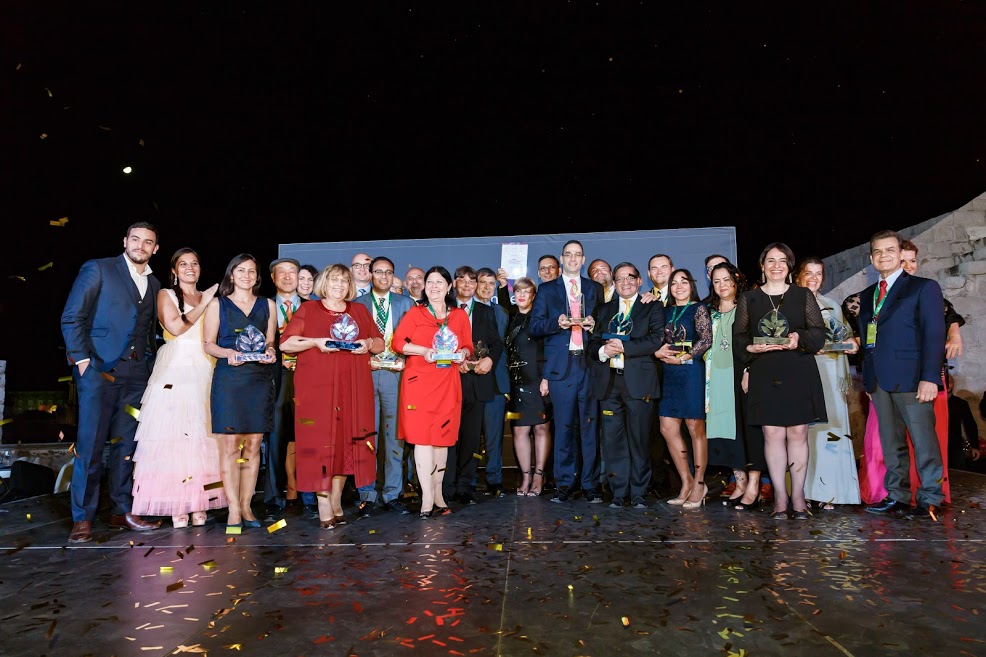 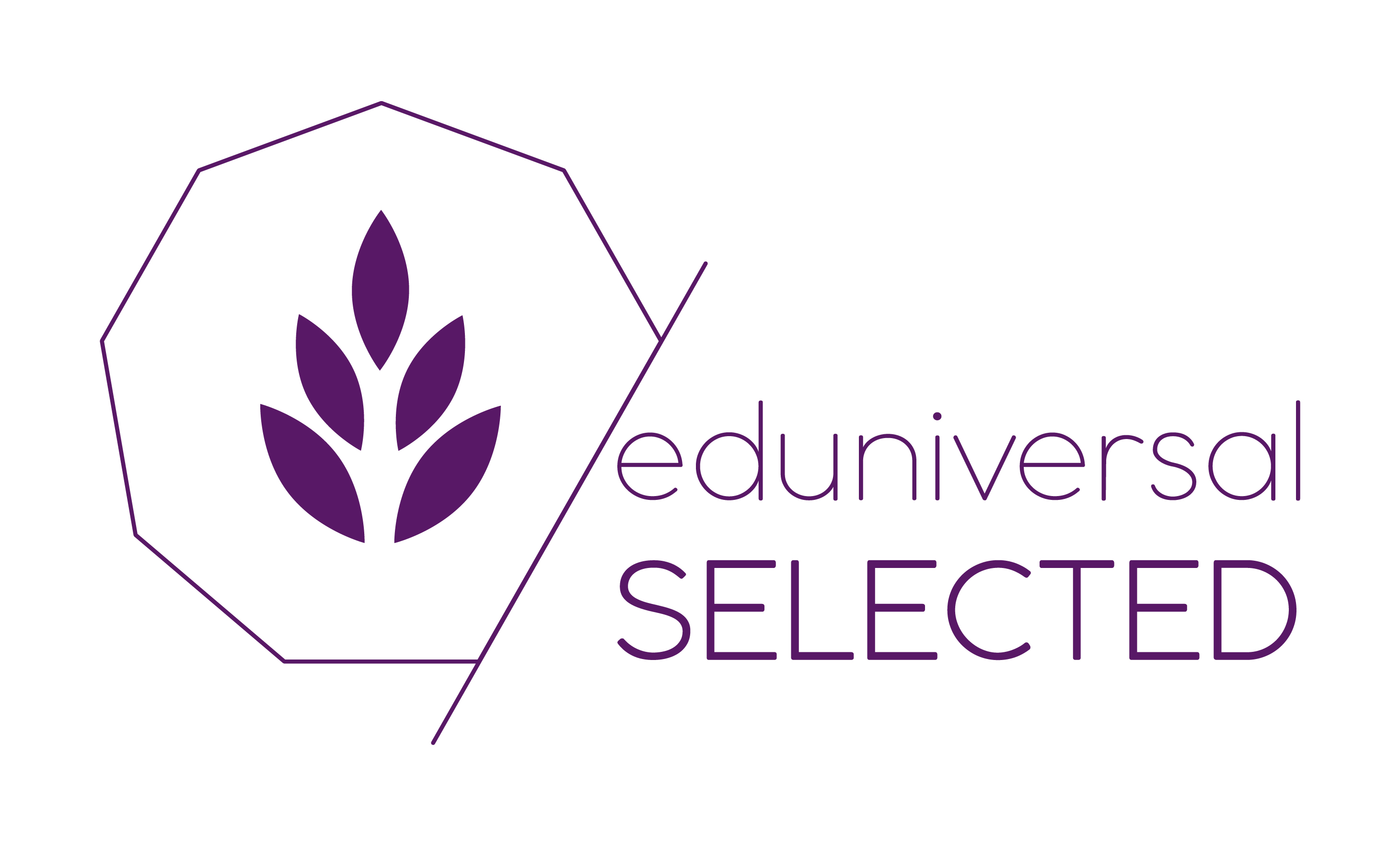 Since 2017, a new dimension has been integrated in the Deans’ Vote : the survey « Eduniversal Selected Schools ». Along with the traditional recommendations, representatives from the 1,000 Best Business Schools can, if they want to, rule on the Selected Schools, a distinction created by the International Scientific Committee’s members for promising institutions.

Here, again country by country, Deans/Directors/Rectors can confidentially indicate the Eduniversal Selected Schools which would deserve to keep this distinction for a new year. They can also directly propose other institutions.
Results from this parallel investigation are examined by the International Scientific Committee’s members who can, based on their expertise and the one of the Deans/Directors/Recteurs from the ranked schools, modify the Eduniversal Selected Schools list. 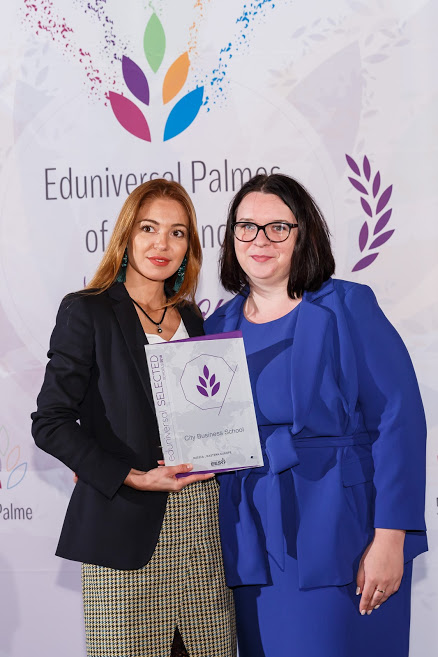 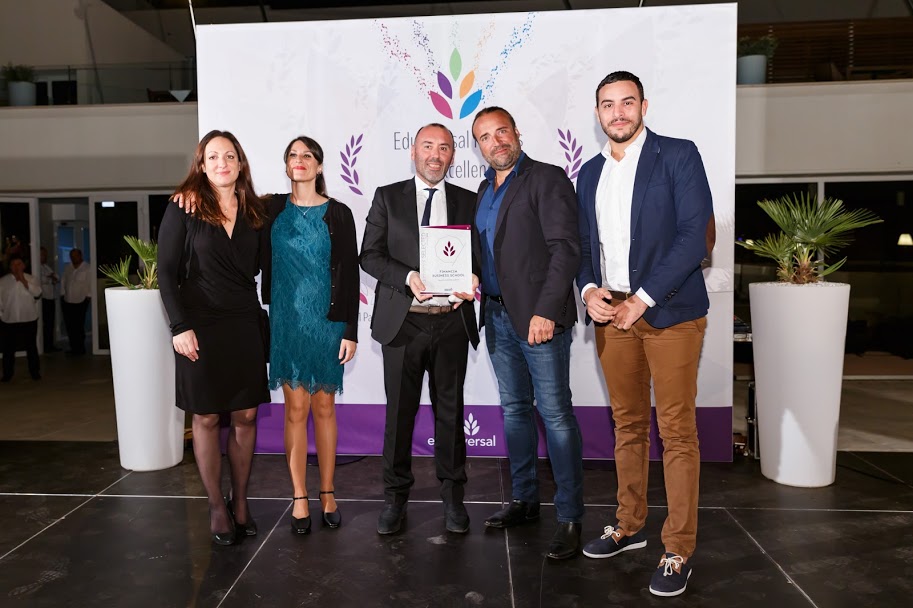