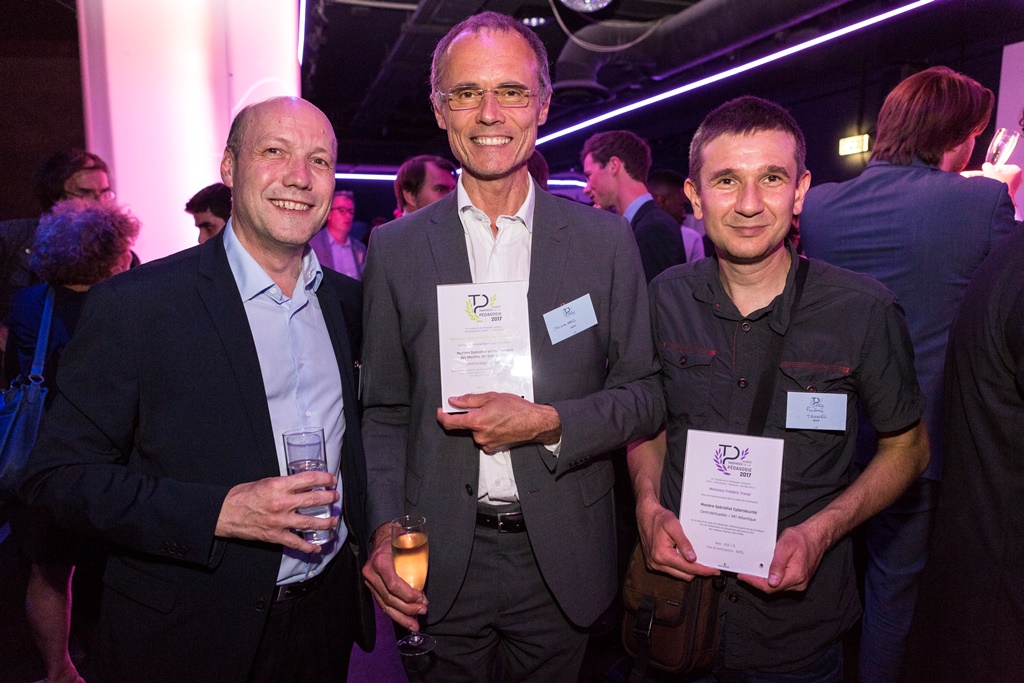 The Eduniversal rankings are based on the following criteria: program notoriety, average salary after graduation, post graduation opportunities and student satisfaction. The student satisfaction criterion is used to establish the list of winners for the Pedagogy Awards. Research done by the Eduniversal Evaluation Agency (EEA), gives the opportunity for students to award the best academic professors in France.
Held at the Aquarium de Paris on June 14th, the 13th edition of the ‘Trophies de la Pédagogie’ rewarded, in total, 100 French Masters programs, 10 Bachelors programs and 10 Engineering Diplomas / French Management Schools. 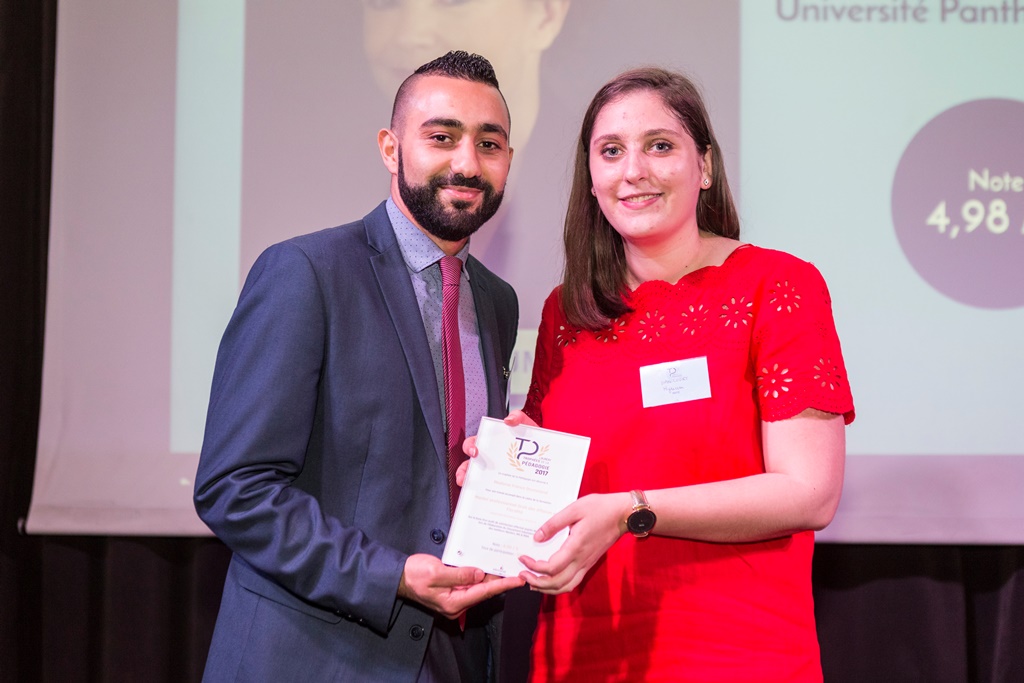 Thus 13 trophies and 100 certificates were awarded to professors, acclaimed by students in the 2016 Eduniversal student surveys. We were very pleased and honored to have the following individuals, alongside our EEA team, on stage to receive their prize: Georges Castel (ESLSCA Business School), Sandrine Cadenat (IUT Créteil-Vitry), Nazila Leroy and Jean-Pierre Nicolas (ESLSCA Business School), Philippe Depince (Audencia Business School), Justine Arnoud (IAE Gustave Eiffel) & Francis Kessler (Université Paris 1).
The evening was filled with spectacular live musical entertainment and saw the gathering of stakeholders from the field of higher education, where they were able to network and exchange ideas around a cocktail dinner. 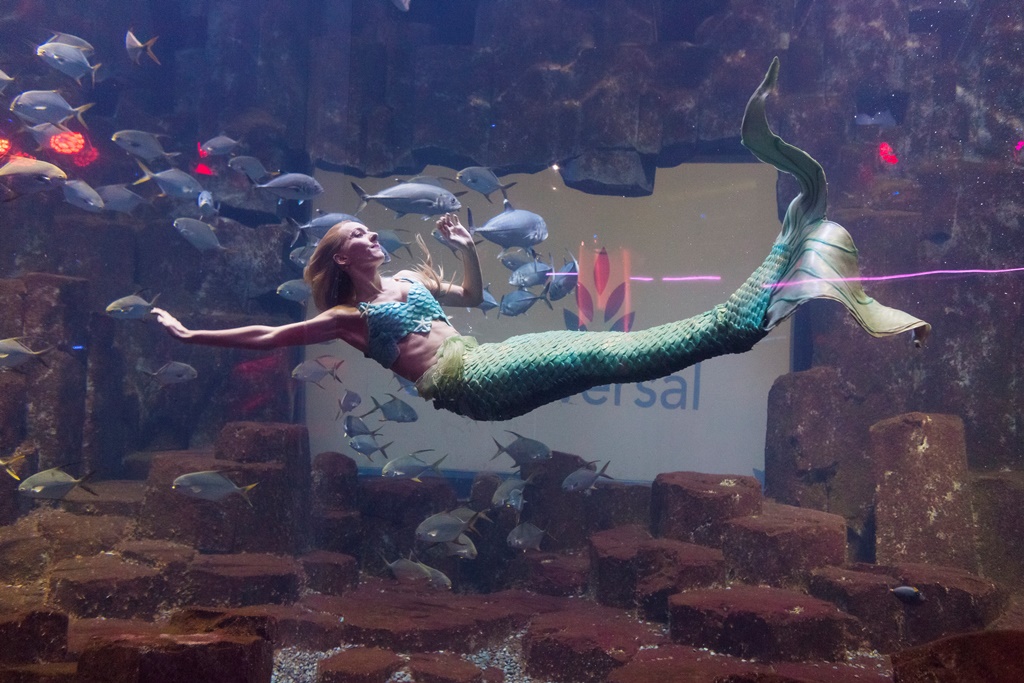 And if in the near future, the ‘Trophies de la Pédagogie’ Awards crossed the French borders and became an international award ceremony?
The 2017 Award winners comments on Eduniversal:
“You play a very important role in promoting the transparency of the education system… the link observed between the Grande Ecoles and Universities… Thank you for the positive influence you have had on our institution.”
C. de Boissieu (Université Paris 1)
“It is a great honor to see that his work being recognized”.
K. Ronez (Grenoble Ecole de Management)
“No great work can be done alone, nothing would have been possible without your support”
B. Teyssié (Université Panthéon-Assas)